As always, joining our hosts Steph and Jana for this monthly reading link-up!

This month I read two thrillers, a YA fantasy, and two graphic novels – a real mixed bag.

Shiver by Allie Reynolds was a sort of reunion-revenge-closed room mystery. A group of former snowboarding hotshots reunite in a remote ski resort in the French Alps. Told partly in flashback to the last time they were all together, they quickly realize they have been lured back together for a reason – which involves the tragic death of one of their former snowboarding compatriots years earlier. This was a quick, fast paced read that kept me coming back. There’s a lot of lithe bodies and talk of “shredding the pipe” which is apparently snowboarding jargon but despite that it was solid.

These Violent Delights by Chloe Gong is a YA fantasy set in 1920’s Shanghai, with themes reminiscent of Romeo and Juliet’s young lovers and warring families. (If Romeo and Juliet had a monster swimming the depths of the Huangpu River.) I enjoyed the creativity and characterizations in this book but it felt like it took me a very long time to get through and I’m not sure I’ll be reading the follow-up.

Frank Herbert’s Dune (the graphic novel) – I first read “Dune” when I was a middle schooler and had a crush on Kyle McLachlan (who played Paul Atreides in the David Lynch film). It was fun to reread this first portion of the book in graphic form and look forward to other installments.

The Neil Gaiman Library (volume 1) is a collection of four Gaiman graphic novels – none of which I’d read before. Includes ‘How to Talk to Girls at Parties’ and ‘Murder Mysteries’ – both of which I read twice to fully absorb both the stories and the art. Highly recommend and will be reading volume 2 this month.

The Nightmare by Lars Kepler – you can just expect a Lars Kepler in my monthly rundowns until I am current. These are absolutely fantastic, gripping nordic noir thrillers featuring Joona Linna, the magnetic Finnish detective. They are gory. They are intense and occasionally brutal. But they are unputdownable. 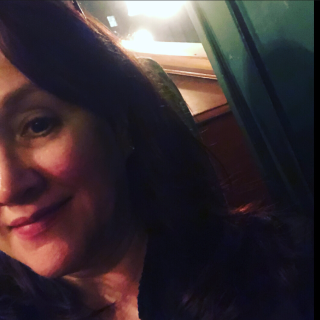 running, yoga, cats, knitting, books and gardening. textiles, tea towels and knits. classic films (of all eras). glossy magazines (although i never buy them). the details of life and seeing silver linings, good luck, and synchronicity and patterns everywhere. going where i have to go, getting up, dressing up, showing up no matter what. living life deeply and responsibly. good food and open windows. birds and hot coffee and mornings. moonshine and campfires and capturing memories and moments in photographs. red hair and classic styles and warrior women and fairy tales. castles and kings. tulips and ivy and brick cottages.